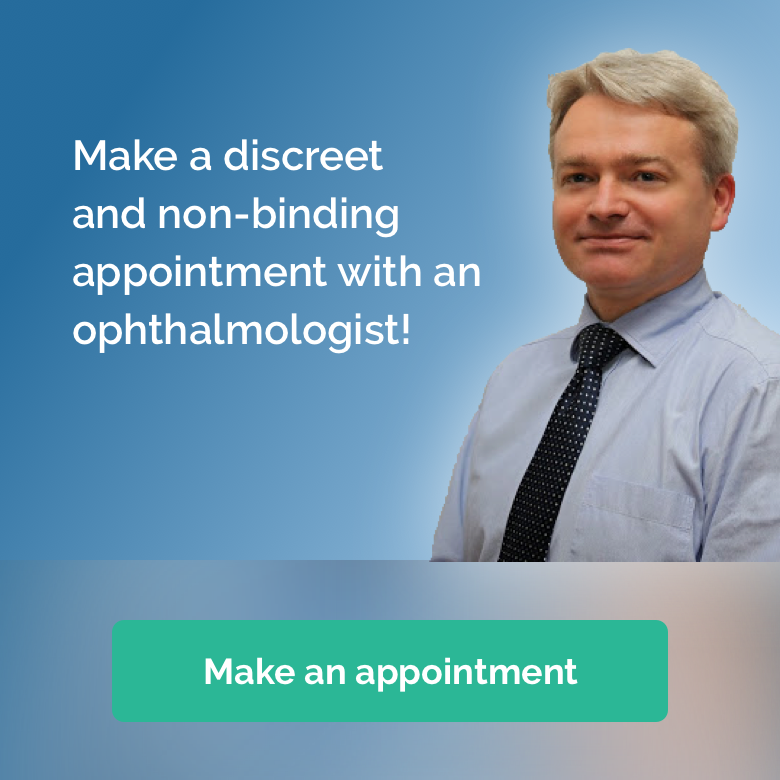 The Excimer laser is usually used for refractive laser surgeries. Its main task is preparing the cornea with an exact laser ray so that your resulting vision is sharp and clear. Our clinics generally work with the excimer laser MEL 80.

MEL 80 is a top laser proven by practice. Most surgical procedures using a MEL 80 excimer laser take less than 30 seconds. The short exposition time to the laser radiation means a better gentleness to the fine tissues of the cornea and a quicker vision rehabilitation.

Advantages of the excimer laser MEL 80:

- The active "eyetracker" is extremelly quick when monitoring the eye´s movements during the procedure together with the infrared monitoring camera.  The automatic portrayal of the pupil and the edges of the iris records the absolute accurate positioning of the laser points onto the chosen place.

- The possibility of portraying the eye according to the iris map (IRIS registration – a so- called spacial registration of the eye) makes it possible to correct rotational movements of the eye as well, which is important during the laser correction of astigmatism and during a so- called custom ablation.

The laser MEL 80 is the most multifunctional laser currently in existence- it makes not only conventional treatment possible (the so- called tissue saving), but can also perform wavefront optimized treatments. At the same time, it can perform individualized treatments, the so- called custom treatments according to the aberometry of the eye, which is considered to be the best for a laser correction of refractive errors nowadays.
For extremely irregular errors in some patients, whether natural, caused by injuries or surgical procedures, the excimer laser MEL 80 has the possibility of a completely special treatment, the so- called topograhy guided treatment. This means, that the laser is connected to the corneal topograph, according to which the treatment is performed automatically. That results in a removal of the irregularities of the cornea and therefore a significantly better sharpness and clarity of the patient's vision, which was not possible with a glasses correction or with any other conventional laser surgical method.

The MEL 80 is an excimer laser with a broad usage spectrum: